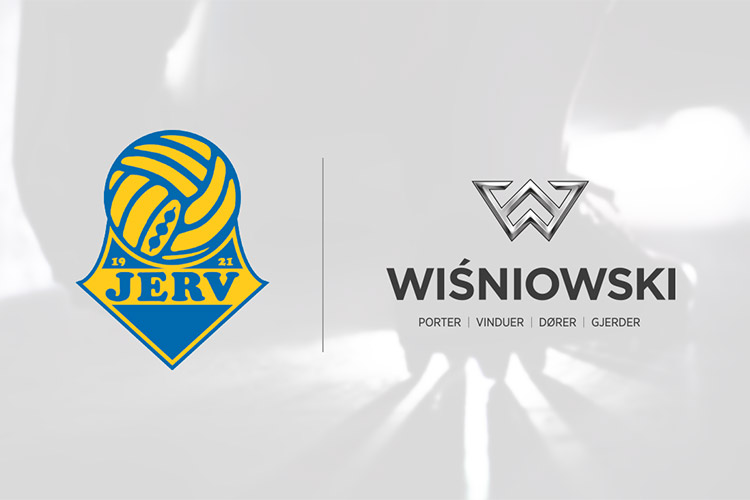 We have launched another sports partnership in Norway. Our logo can already be found on the uniforms of the Vipers women’s handball team, and now the name of our brand will also accompany the FK JERV football club, which has just inaugurated a new football season. “This is yet another step in building awareness of our brand in Norway”, said Dymitr Chażowiec, Sales Director for Eastern Europe and Scandinavia at Wiśniowski.

Football is one of the most popular sports around the world. It has managed to capture the minds and hearts of millions of people even in countries that seemingly have nothing to do with it. Norway – considered a kingdom of winter sports – is no different in that matter. But whenever spring arrives, Norwegians are increasingly eager to take their skis off and gather at local stadiums to cheer on their favourite football teams.
Fans of the football 1. divisjon Obos Ligaen will be able to spot the logo of our brand during FK JERV matches. The cooperation, which began in the first days of the new football season, gives us an opportunity to increase awareness of our brand around Europe.

“Scandinavia is a demanding market. Norwegians want the products they buy to provide the highest quality and comfort of use, so the fact that our garage doors, gates, windows, doors, and fences are recognized by them makes us proud”, says Dymitr Chażowiec.
The Norwegian league differs from our Polish Ekstraklasa. Norwegian players start their season in spring and end competing in autumn. This saves them from going onto the pitch in freezing weather, which can be quite severe in Norway.

We hope that the new cooperation will enable FK JERV to grow at an even faster pace within the next couple of years and allow them to successfully compete to be promoted to the highest division in Norway.

Our brand has been close to football for many years now. In our local endeavours, we support, among others, the International Sokolik Championship for the WIŚNIOWSKI Cup, which attracts young players from major European teams – Juventus, Borussia Dortmund, FC Porto or Everton – to Stary Sącz every year. We are also a partner of the Sandecja Nowy Sącz Football Academy and the Wielogłowy Football Academy.
Our logo is featured on the jerseys of one of the most popular football teams in France – Girondins de Bordeaux. Polish footballer, Igor Lewczuk, plays as a defender for the team. “Business and sports are interrelated. Both need ambition, hard work, and constant improvement to guarantee success. This is why supporting sports comes so natural to us. This way, we can give both the little ones and those a little bit older a chance to make their dreams come true,” explains Irmina Długopolska, Sports Sponsorship Manager at WIŚNIOWSKI.